Christine RIEZ-NOGUEIRA was born and raised in northern France where she studied economics and econometrics at the University of Lille. During her studies, she spends one year at KSU as a graduate student.  She teaches economics from 1998 to 2011 and manages various projects including an exchange program with an American high school. From 2011 through 2016, she serves  as the Deputy Headmaster of a High School in southern France. She joins LFSF in September 2016.

Director of AES and Camps

Andrew SOBOL is a certified and accredited Athletics Administrator with the National Interscholastic Athletics Administrators Association.  He graduated with a Bachelors Degree in Sports and Recreation and holds a Diploma in High School Physical Education Fitness and English.  During his time studying, he was also a reservist in the Royal Australian Defense Force.  He spent 8 years working in international and bilingual schools in Europe and Asia as a PE teacher, Camp Director, After School Activities Coordinator and Athletics Director.  He is a certified coach with the National Federation of High Schools and is passionate about international education.

Director of AES and Camps

Stanley ZELPHIN joined the LFSF in June, 2021. He arrived in the Bay Area in September 2019.  Before joining LFSF, Stanley served as a Director of L’ecole de la Deuxième Chance in Val d’Oise, France where he worked for four years as a teacher, basketball player and coach. Stanley graduated with a bachelor’s degree in physical education from Montpelier and has a certificate in Diversity and Inclusion from Cornell University. He is actively involved in several international charity organizations and is passionate about arts and sports education.

Born in Paris and raised in a multicultural French-European background in several parts of mainland France and its overseas territories, Emmanuel TEXIER first studies English Civilization, Language and Literature at the University of Paris IV Sorbonne, before completing his studies with a Bachelor of Linguistic Engineering (Computer science applied to linguistic) at the Institut National des Langues Orientales in Paris.
After ten years working as a teacher, he becomes a Head of School in 2008 and manages several schools in France before moving abroad. He works on French Chinese educational cooperation in a Beijing University and later moves to Australia where he is the Head of School of the Lycée franco-australien in Canberra for five years until 2017.

Cloris HENRY joined the Lycée Francais de San Francisco as the Chief Operating Officer in August of 2019. Dr. Henry comes to this role after serving as Director of Operations and Special Projects for Special Education Services with the San Francisco Unified School District for four years. Prior to her work with SFUSD, she served as the Senior Director, New York City with the College Board for five years. Before her tenure with College Board, Cloris worked at the New York City Department of Education as a Community Engagement and Partnerships Manager (2009 – 2010); as Associate Director of the Sponsors for Educational Opportunity Scholars Program (2007 – 2009), and as the Outreach Program Manager for the Johns Hopkins University Center for Talented Youth (2002 – 2007). Cloris earned her Ed.D. in Organizational Change and Educational Leadership at the University of Southern California. She earned an M.A. in the Sociology of Education from New York University, and a B.A. in Sociology from the University of the Pacific.

Christophe comes from the South of France, and the Bordeaux region. He joined us in 2019 with his family -his wife and two daughters- that formed internationally having worked in education in Japan, Belgium and Spain. Christophe was a teacher in France, bringing a special focus on sports, then became a school director for three years in France before moving to the Bay Area. He chose to join LFSF finding that the school's approach to teaching  languages echoes the experience he developed in the schools in worked in globally.

Born in the South of France, Laurent has been a Primary level teacher since September 2003. From 2011 to 2017, Laurent has trained teachers in Montpellier, before becoming director of a 9 class application school in September 2017. From 2018 to 2020, he co-managed the training science department of the Montpellier Faculty of Education and trained master's and bachelor's students, as well as first and second-degree colleagues. Passionate about sports, Laurent practices basketball, handball, football and tennis. He also enjoys the arts and was part of an amateur theater company for 5 years. Laurent is delighted to join the Lycée Français de San Francisco and to continue the work already accomplished to ensure high quality educational continuity.

Director of Enrollment Management and Communication

Agnes HOGAN joined LFSF in 2016 as Director of Enrollment Management and Communication. Agnes has an education in business and marketing, as well as graphic design and communication. After developing her own marketing and graphic design studio in the Washington DC area, she joined Rochambeau, the French International School as their Communications Specialist. As she had left her heart in San Francisco, she was happy to return to LFSF where she had worked for 10+ years in admissions. She brings to our school an extensive experience in enrollment management, marketing and communication, with a proven track record in strengthening enrollment.

Claire joined the LFSF in 2018 and has 20 years of experience in corporate finance. She arrived in San Francisco in August 2016. She supported the startup The Refiners (seed fund program for cross-border startups), helping them with their fundraising strategy, their financial model and their reporting. Prior to that, Claire was Head of Investor Relations at Bureau Veritas - a global leader in laboratory testing, inspection and certification services since its initial public offering (October 2007). Before working for Bureau Veritas, she held the position of Corporate Finance Manager at EY, responsible for the acquisition and disposal process for SMEs or financial investors (LBOs) in food and retail.Claire holds a Master in Corporate Finance from the University of Paris II Panthéon-Assas and is a certified financial analyst. 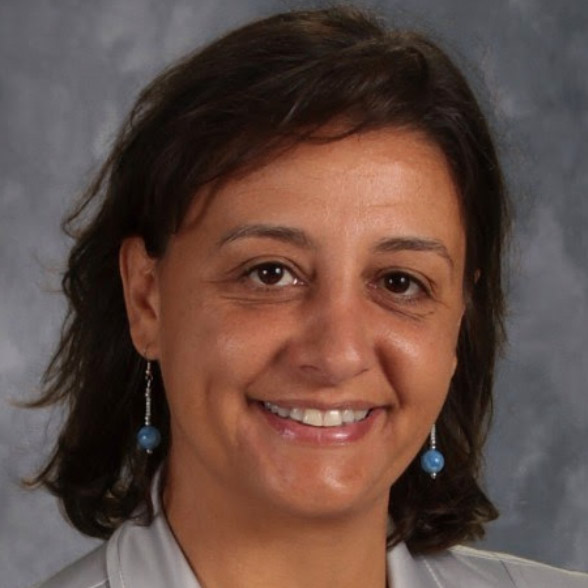 Natalie BITTON has received a bicultural and bilingual education, in French and English, in the US and in Canada. She studied neuroscience and psychology at McGill University in Montreal and received an MA in clinical psychology at JFK University in California. She holds certifications in college counseling from UCLA and Harvard, and a Mindfulness Teacher Certification from Mindful Schools (www.mindfulschools.org). She lectures nationwide on topics of the teenage brain, mindfulness and teenage developmental models of college counseling and has developed numerous programs incorporating mindfulness practices into college admissions programs.

Nathalie HAUTAVOINE has been working at Lycée Français de San Francisco since 1996 at the very beginning of the Advancement Department. Dedicated to the institution and the education it brings to its students, the primary responsibility of the Advancement director is to collect funds through fundraising campaigns and events to support the school with innovative projects.