A throwback on the past events and more suggestions to keep celebrating Día de Muertos! 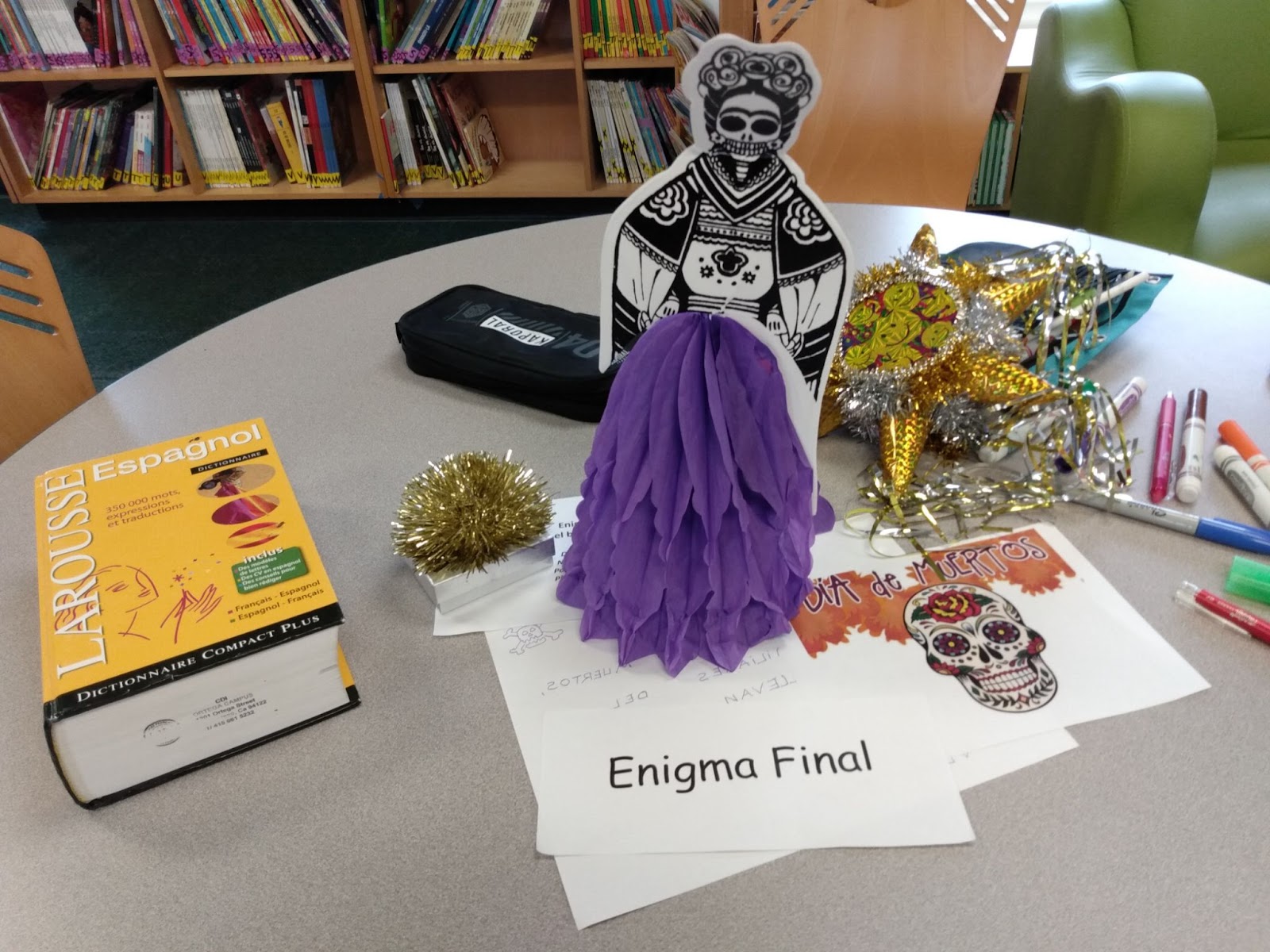 As part of a linguistic and cultural sequence focusing on Mexican traditions, and in the continuity of the month of celebrations of the Hispanic heritage (which took place from September 15 to October 15), all the LFSF Gr8 students of the Hispanic Class discovered the traditional “Día de Muertos” (listed as Intangible Cultural Heritage of Humanity) through an Escape Game of one hour per class group at the CDI, Wednesday October 20, during this period announcing the All Saints holidays. 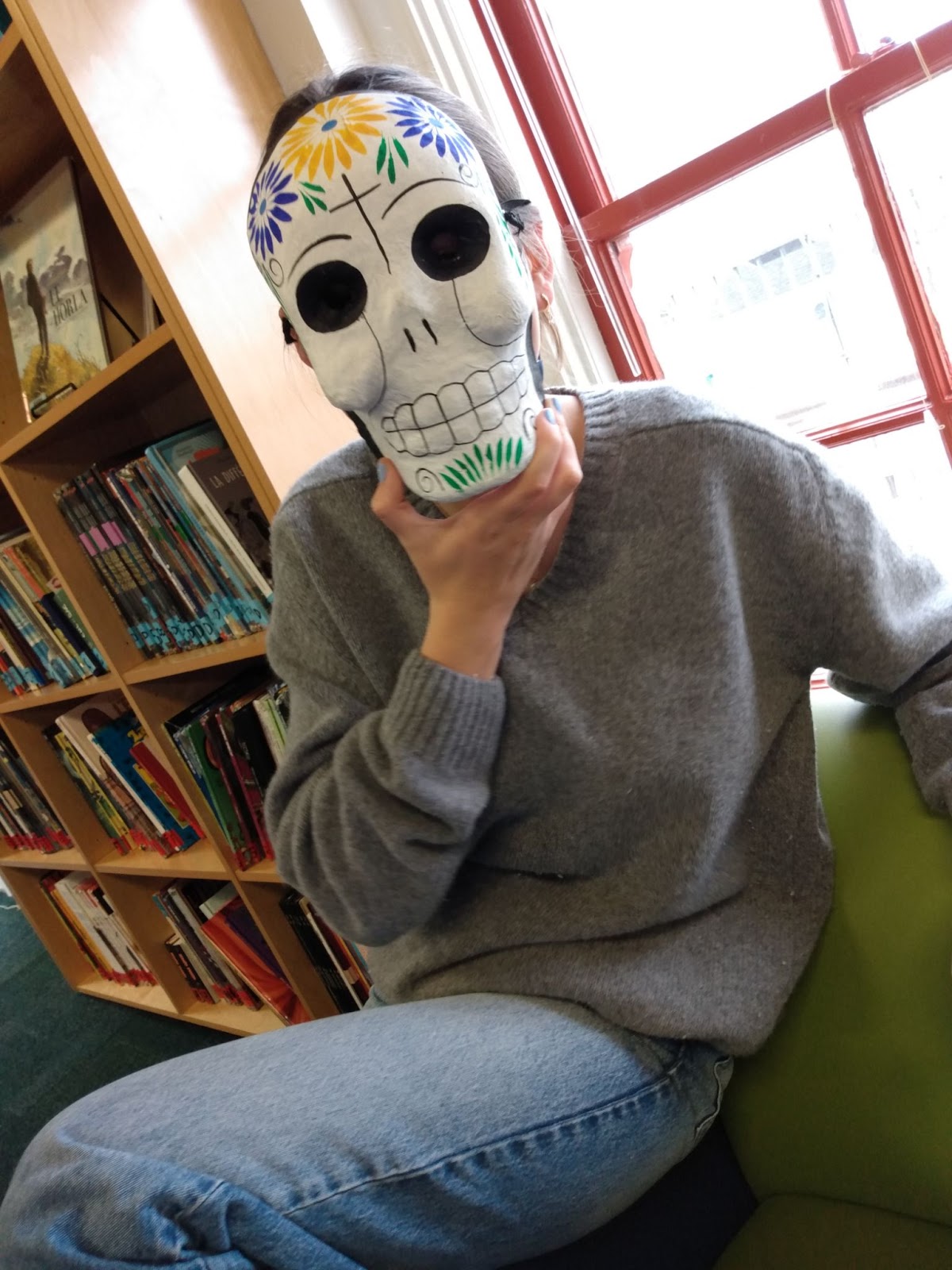 In teams, the students had to pass 9 tests in random order for each of them as quickly as possible, solve puzzles in Spanish, search for specific vocabulary, solve mysteries on audio tape, decipher coded messages, find hidden words, reconstruct wall frescoes in the form of puzzles, recompose sentences from letters engraved on bones or even decipher inscriptions engraved on eyes hidden in a “calavera” (a skull), to the melodious rhythms of Llorona and under the watchful eye of the skeletal Catrina... All in order to access the ultimate enigma: a message to be discovered with a mirror, which allowed access to the treasure, a thorny sphere called piñata (with seven points originally symbolizing the seven deadly sins - which is why it is hit with a stick in order to repress these sins) and to sing together the traditional song that accompanies it: “Dale dale dale, no pierdas el tino, porque si lo pierdes, pierdes el camino…” (listen here).

A very friendly, fun learning moment, rich in challenge and team spirit, and above all, culturally speaking, a good anchor point to learn more and more about Latino cultures with millennial traditions...

Discover on Vidigami some photos of these shared moments.

On returning from vacation, on November 1st and 2nd, Mónica (Max's mother) and her nephew José Fernando, both from central Mexico (from Tenochtitlán, the Aztec Mexican city now México capital), came to carry out a fun and culturally rich activity, during the Spanish course, directly at the CDI Ortega. Mónica had brought back “calaveras azucaradas” (sugar skull) to give to the students who personalized them. The students then learned to create typical Día de muertos decorations by cutting colored leaves (“papel picado”) to decorate their CDI, before setting up an altar with offerings to pay homage to several Hispanic personalities such as Selena, Diego Rivera, Mercedes Sosa, Federico García Lorca, Salvador Dalí passing by Frida Kahlo, Picasso, Gabriel García Márquez, Celia Cruz and Maradona, among other personalities, and even Mamá Coco.

An activity rich in colors, educational because conducted entirely in Spanish, and very friendly with the sharing of the famous Pan de muertos at the end of the session (which took place on Monday 1 and Tuesday 2 November, the very days of the Celebration of the Dead in Mexico - the 1st to commemorate the deceased children, the 2nd for the deceased adults), by posing in front of the built altar.

The exhibition will remain at CDI until Monday, November 8.

Here are some photos of these moments shared on Vidigami. 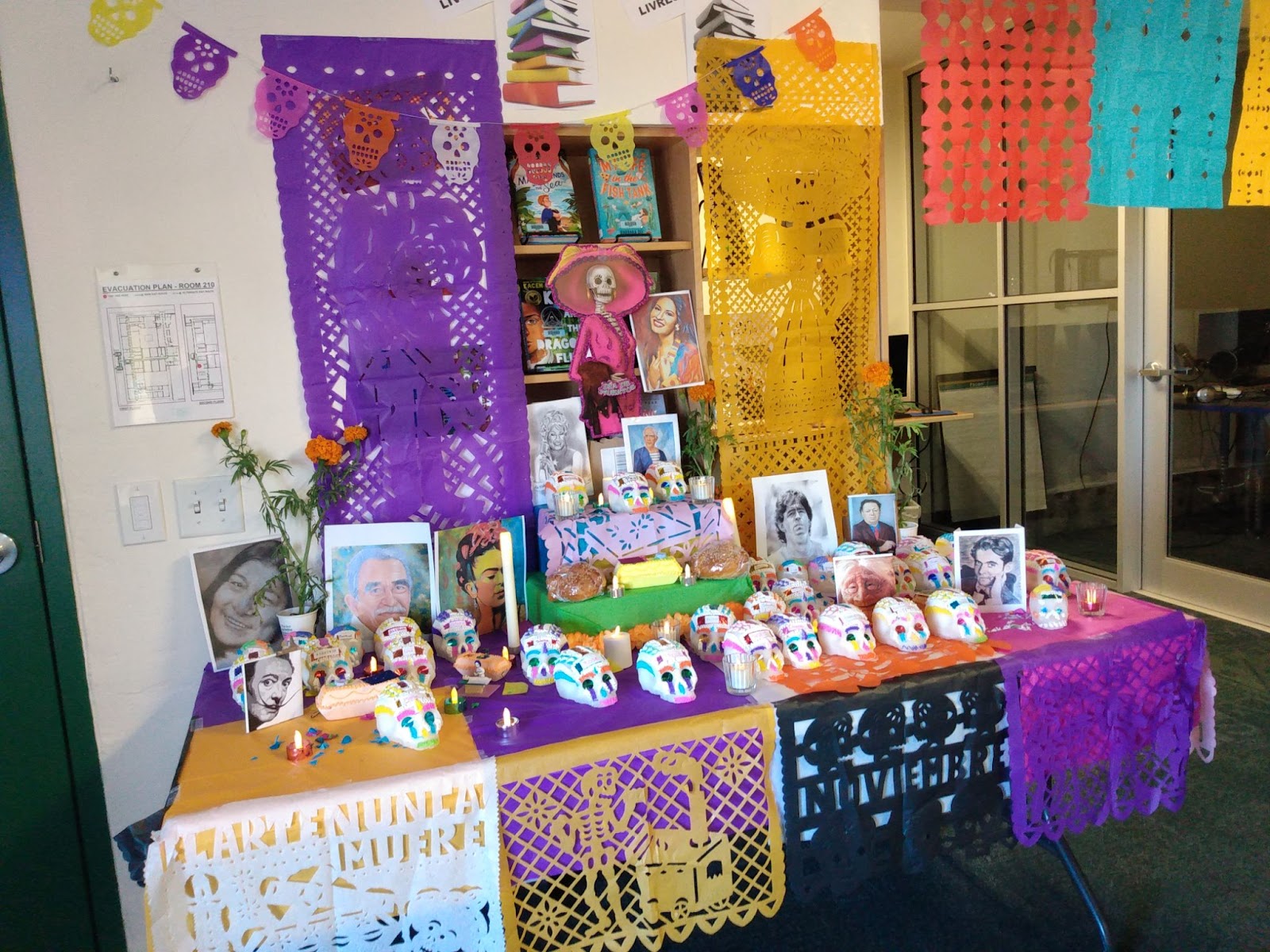 Finally, in order to admire the altars built for the Mexican Day of the Dead, here are some links to satisfy your curiosity:

And don't miss the (virtual) Día de Muertos procession which celebrates its 40th anniversary on SF! Live (Tuesday November 2 at 5 p.m., link on Facebook) and in replay on this same link. 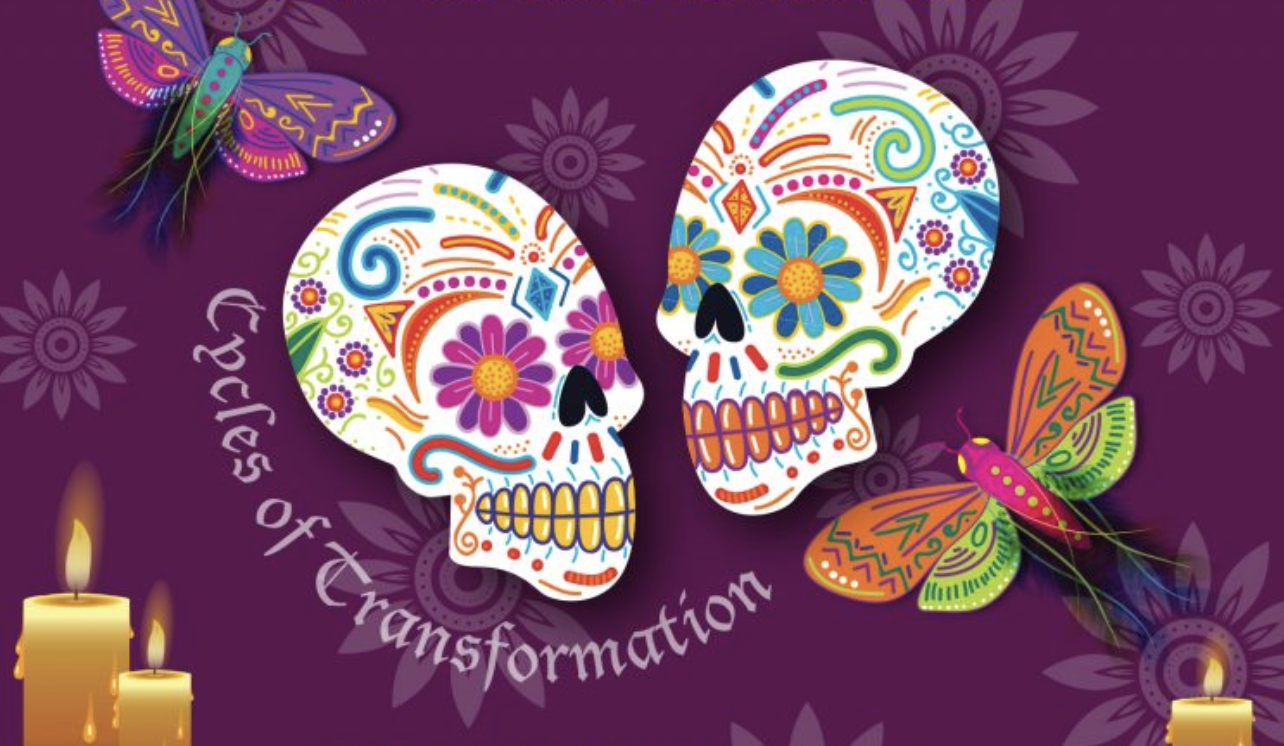